Email me
Call me

Carlos Ignacio Garcia was born in Maracaibo, a city in northwestern Venezuela. In the year 2000, he graduated with distinction from the University Rafael Belloso Chacín and took up the vocation of lawyer, as his passions were in financial, civil, and insurance law. Two years later, Carlos decided to move to the United States, specifically South Florida, to seize the opportunity to utilize his vast experience in law to help manage big American corporations.

During his very brief time in the United States, Carlos successfully learned English as a second language, which turned out to be a remarkable asset. Achieving the ability to write and speak in two languages has provided Carlos with the opportunity to forge strong relationships with the Florida populace in both the English-speaking and Spanish-speaking sectors. After achieving success in the American sectors, Carlos set his sights toward their Northern neighbors and started associating himself with Canadian enterprises. After evaluating what would be best for his career and his family, Carlos decided to move to Canada in 2004 and settled in the city of Calgary, Alberta. In Calgary, Carlos continues striving to improve himself by obtaining certifications and licenses, while applying his management expertise and acumen in finance and insurance.

In 2006, Carlos wanted to give back to the country that embraced him with open arms, so he partnered with the province of Ontario through a special volunteer program that helps out the less fortunate in those communities. This way, he was able to make a difference in peoples' lives in both Western and Eastern Canada.

From 2017 onwards, Carlos has dedicated himself to working with private clients and other corporations within the province of Alberta, providing an extensive listing of investments, insurances, and general financial planning for citizens of all economic classes. 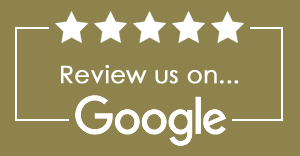